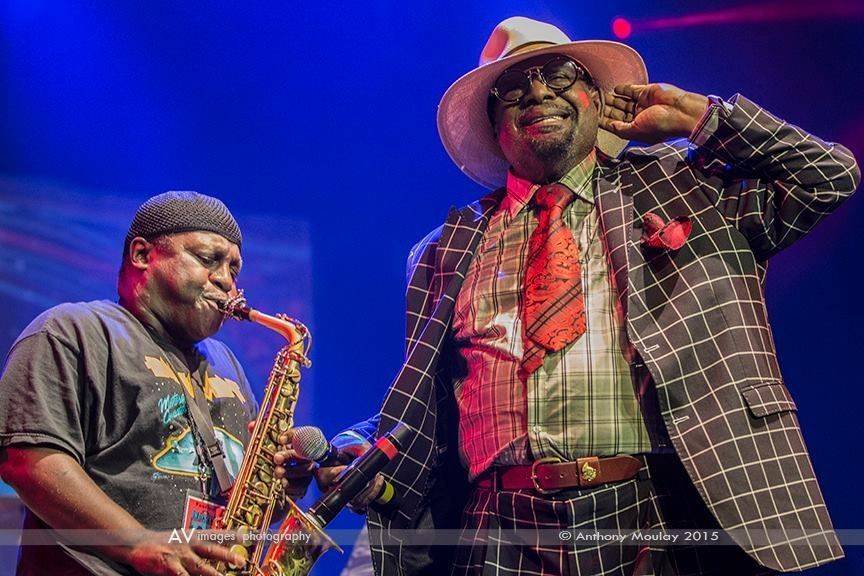 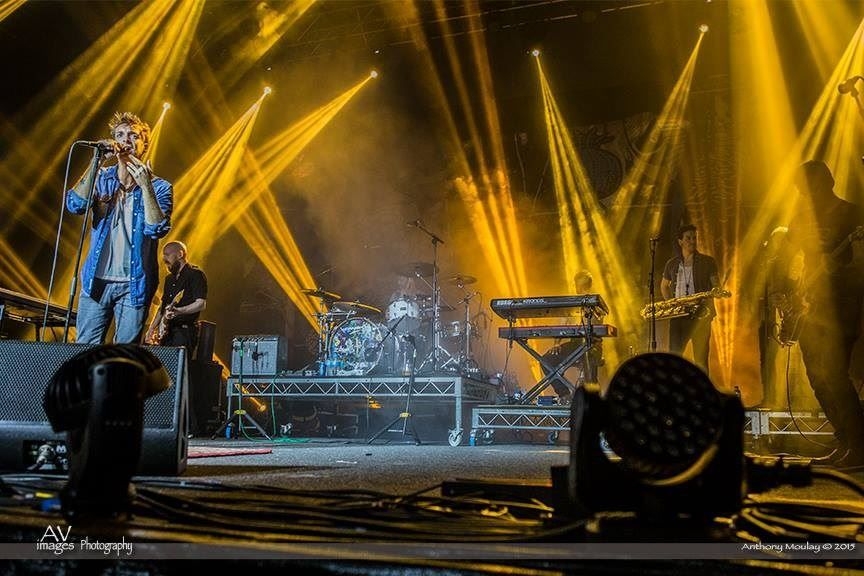 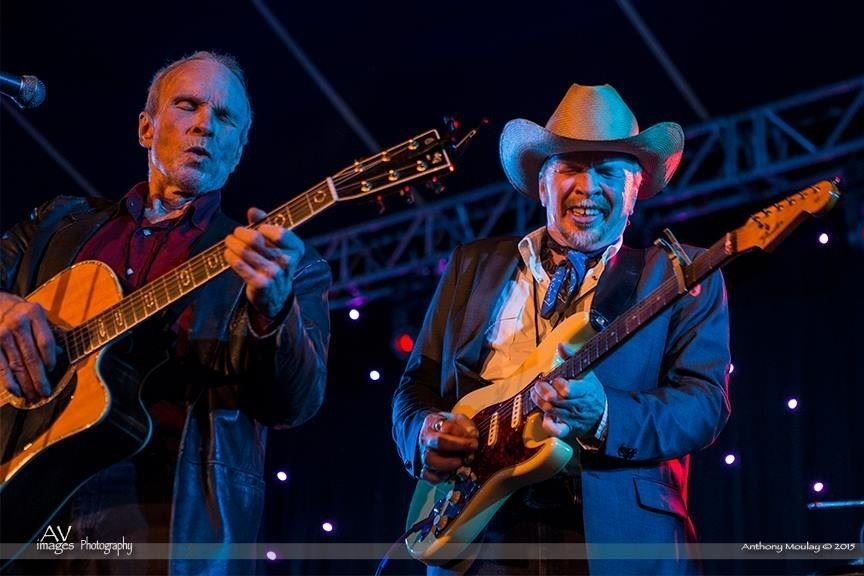 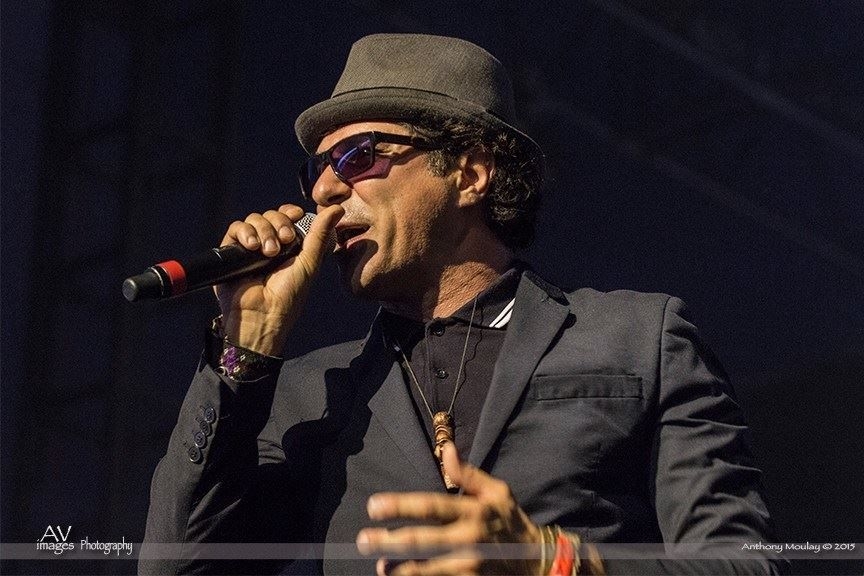 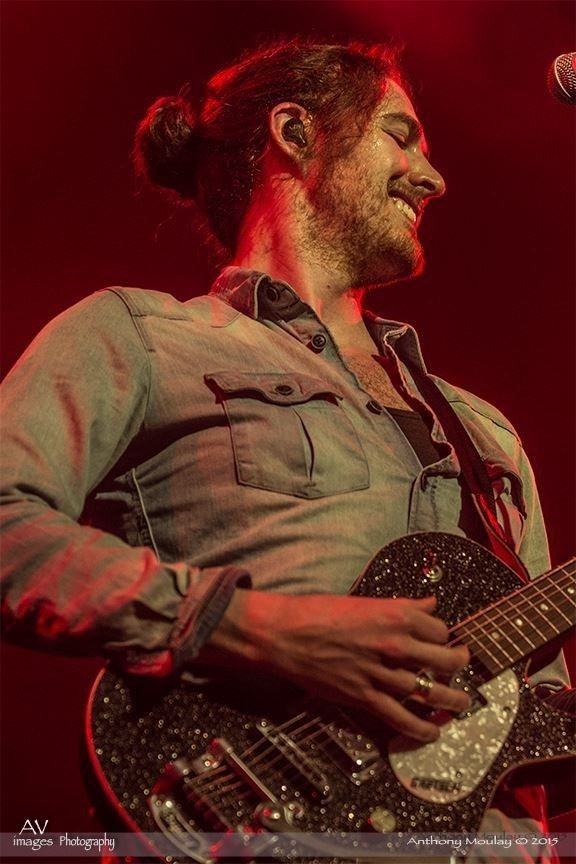 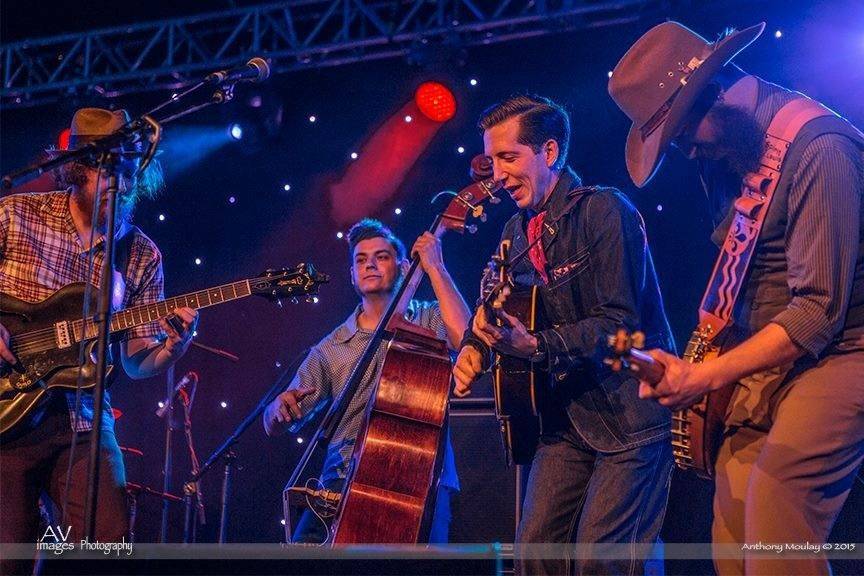 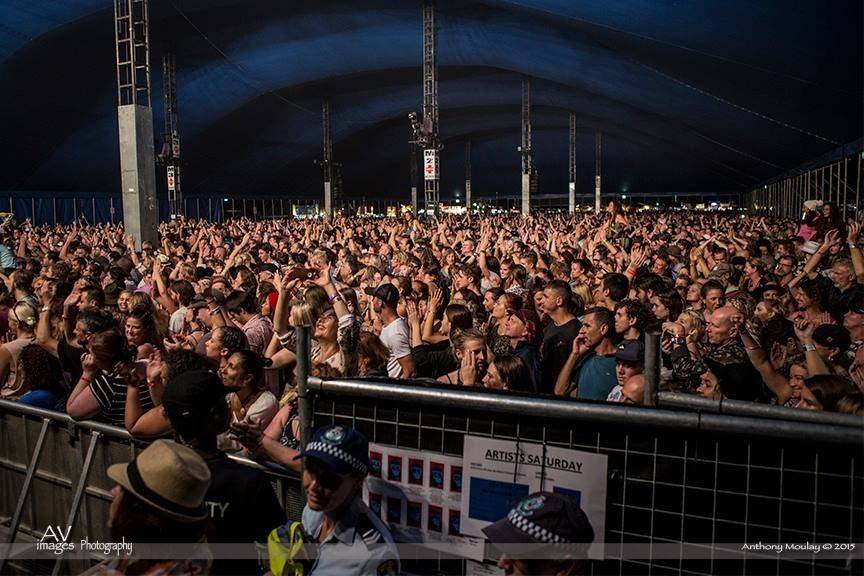 From the front pews of Bluesfest, Mary MacKenzie Reports:

For those of you who treat music as a religion there is no better place to be at Easter than Bluesfest.

Despite a lack of big names, 3 major artist cancellations, some heavy downpours 2015 Bluesfest media have announced this was the second biggest Bluesfest to date. Stats are in for the 26th annual Bluesfest:

The festival has been hailed a remarkable success from organisers, artists, patrons and the media who enjoyed the festive atmosphere which was palpable throughout the five days. Not to find something at Bluesfest that appeals to your musical tastes is impossible. The food variety is fantastic, the music appeal is to all age groups and the atmosphere is buzzing.

Hands down best acts the wonderful US Alabama Shakes featuring vocalist Brittany Howard and UK 3 piece outfit Band of Skulls who both won scores of new fans on the Mojo stage.

Hozier showed he was far better than that one song 'Take Me To Church" that is on high rotation commercially, he held the audience in the palm of his hand with his outstanding supporting band. He is playing many festivals around the world on the back of his new found success including Jazzfest in New Orleans, so Bluesfest has yet again got in early on an up and coming artist.

Zac Brown Band had a bevy of guests join him on stage including Keb Mo, Trombone Shorty & Orleans Avenue and later in the set, Jack Johnson (who happens to own a place in the Byron area). Jack seemed to manage to pop up on many other stages including G Love's set.

Bluesfest Festival Director, Peter Noble joined Melbourne Ska Orchestra on stage along with Ranking Roger from The Beat for a memorable version of "Message to you "Rudy" (originally recorded by English Ska band the Specials).

Mariachi El Bronx were my new find - Mariachi is alter ego of The Bronx – a LA born Punk/hard-core band that formed in 2002. This band not only wore great Charro suits but got everyone into their Mexican blend music.

Ben Harper & the Innocent Criminals in a bluesfest one off performance played to an adoring packed Mojo Tent. Bluesfest is responsible for breaking Ben Harper to Australian audiences in 1995. Jurassic 5 blew the house down in the Crossroads - they had the VIP tent shaking on its foundations. Punters couldn't stop raving about this set.

Young Melbourne based Marlon Williams & his new band the Yarra Benders alt country roots outfit were tight & kicked off the last day. Steve Smyth the young Australian artist played guitar with such gusto he made his fingers bleed - he gave so much to the bluesfest crowd.

Hardest working band award goes to the rockabilly dynamo Nikki Hill who managed to include a different AC/DC song to close out each of her 5 sets. Playing For Change were no slouchers, they also played each day. On their Friday set were they were joined by Keb' Mo' and G Love for an impromptu treat.

Bring your gumboots, Wellies & wet weather gear but be prepared for all 4 seasons...who knows what the weather gods will dish up.

Playing for Change; The stage was bursting with more than 10 musicians bouncing drumming, strumming, and eclectic mix and amazing sound. Lean on Me was a favourite.

Trombone Shorty: what a versatile artist. !! Jamming from Blues, Reggae, Disco, and his own amazing style with the Trombone, complimented by an extraordinary brass section, one sax seemed larger than the actual guy playing it.

Counting Crows didn't disappoint, had the crowd chanting "sha la la, la la la laaa yeah " ."Mr Jones and me... " No paradise was paved to make way for Counting Crows in Byron Bluesfest, plenty of birds and bees and trees at Tyagarah, and no Big Yellow Taxi took any girls away, they stayed put for this iconic group. Ooh bop bop.

Jimmy Cliff- the legendary reggae powerhouse delighted audiences with his return to the Bluesfest Stage. Crooning Many Rivers to Cross, he had the audience swaying, singing and marvelling at his vibrant performance.

"Shiny Caps off" to Mr Cliff, he maintained his sparkling artistry and kept on his shiny bright showman's jacket, despite it being exceptionally hot, so he must be a contender for Best Dressed.

Angelique Kidjo - The incomparable Ang-unique Kidjo not only shared her astounding vocals and powerful lycrics with us, but cut a striking figure with her impeccable Kidjo style reflecting her African heritage. Best dressed female contender. 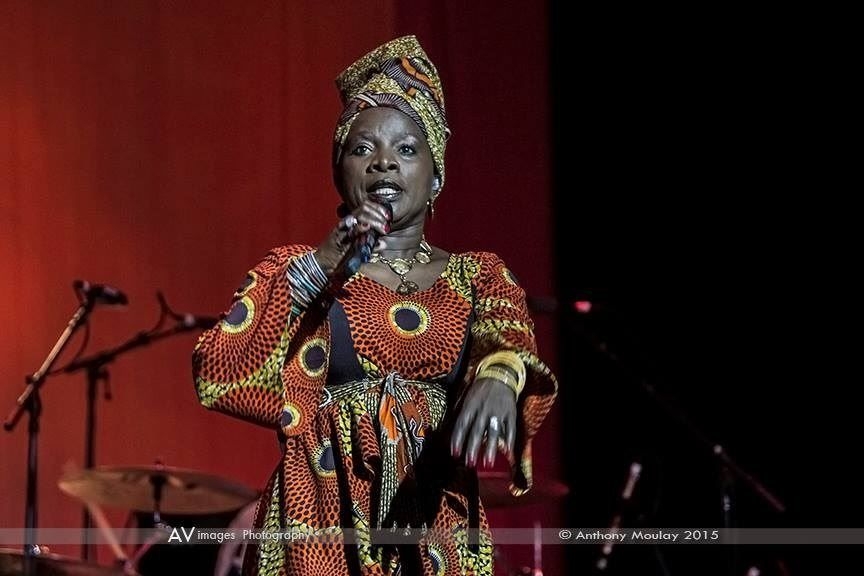 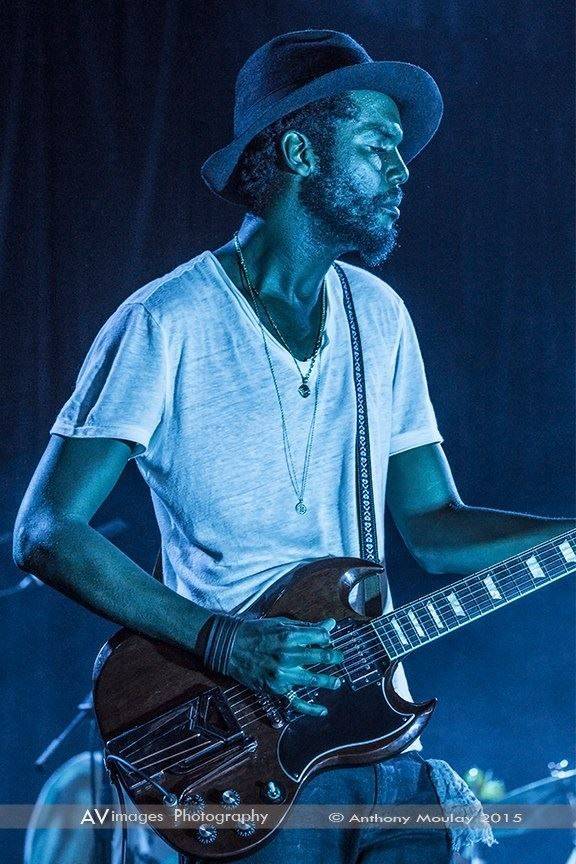 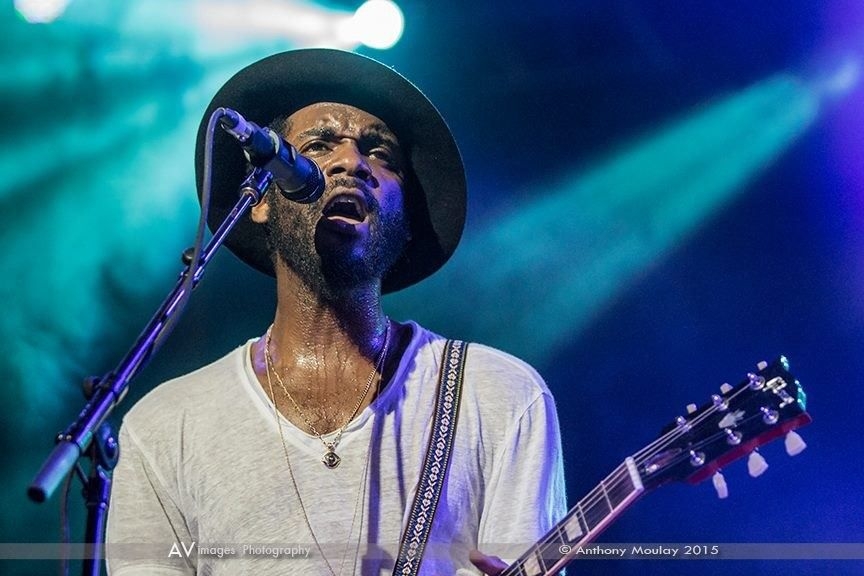 There are a few minor changes to the Bluesfest site. There is only 1 VIP bar this year, and no Sunset Club. Instead there was a new "Cider" Garden bar, which was outside and doesn't require a VIP ticket, and crowds flooded the garden bar seats between performances.

The food is very similar to previous years, with morsels of crepes, noodles, satay bar, woodfired pizza. Pizza loca is probably the best value food in all of Bluesfest at $4.50 for a sizeable slice of thick pizza, located outside just to the left of the Crossroads Food Hall. A couple of newbies on the block, such as the Bagel House, who seemed quite unprepared for the onslaught and so busy they ran out of change, but all old favourites are represented.

For those willing to splash out and indulge in some Bluesfest luxe, the VIP bar provided an oasis from the swelling crowds. Conveniently located next to Crossroads, an afternoon tipple can be comfortably enjoyed on the black and white sofas and ottomans, or al fresco

amongst some palms and outdoor furniture.

As evening excitement sets in, the VIPers converge on the bar, and its a flurry of feverish festivity.

"This is my first Bluesfest, it's epic. From the moment we stepped out of the van...this vibe, you can’t create it, it just exists here" -Hunter Hayes

"My second time here, it's a wonderful musical experience... if i'm gonna get on an airplane for fifteen hours it better be for Byron Bay Bluesfest" -Chris Robinson

"I love this festival more than any other festival that I’ve been a part of... it's the best crowd i've ever played in front of too...it's really fun." -Donavon Frankenreiter

“The rains came, some of the headline artist didn’t come however it seems like we just had our second biggest festival ever because the Blues and Roots fans know that Bluesfest is the place to be at Easter. There were magic performances by so many artists from Brittany Howard of the Alabama Shakes, Paolo Nutini, David Gray, Jurassic 5, Playing For Change, Ben Harper and the Innocent Criminals and many many more. The legend shone, Jimmy Cliff was magnificent, Mama Africa Angelique Kidjo danced the house down, Mavis Staples and Charles Bradley showered us with Soul music.

It was just a magnificent festival. Special mention must go to Steve Smyth an Australian artist who will be a household name soon. On the last day we had a huge yoga session headed up by Michael Franti and Jay Bowman and here’s hoping we can get George Clinton and Parliament Funkadelics’ set down to less than three and half hours and to finish by midnight.

We had the best time, the best festival- goers , all put together by the best team of people who care about putting on great shows, there is no-one on the Bluesfest staff that isn’t outstanding. “

BLUESFEST DAILY WRAP UP VIDEOS captured just some of the magic moments of Bluesfest 2015:

The annual Bluesfest Busking Competition saw Central Coast’s Grizzlee Train win the title for 2015 and earn a spot on the Delta Stage on Easter Monday. The very happy winners were even joined by Kasey Chambers for their Bluesfest debut. Hoo8hoo impressed with their incredible guitar work and took home the Grommet Comp.

Cystic Fibrosis raised $48,000+ throughout the duration of the festival through their guitar raffles of donated Gibson guitars. Over the last 16 years Bluesfest has raised approximately $422,000 for the Charity. There was a number of other charities onsite including the inspirational World Music Foundation Playing For Change.

A total of 500 volunteers aged from 18-75, contributed to the success of the festival, with a remarkable 43% volunteer return rate reported.

Bluesfest may now be over, however we still have a bunch of our artists on the road for Bluesfest sideshows. For those who missed out or those who want another dose of Bluesfest visit www.bluesfesttouring.com.au.